WOMEN & THE RIGHT TO VOTE - Lecture & Pattern Only 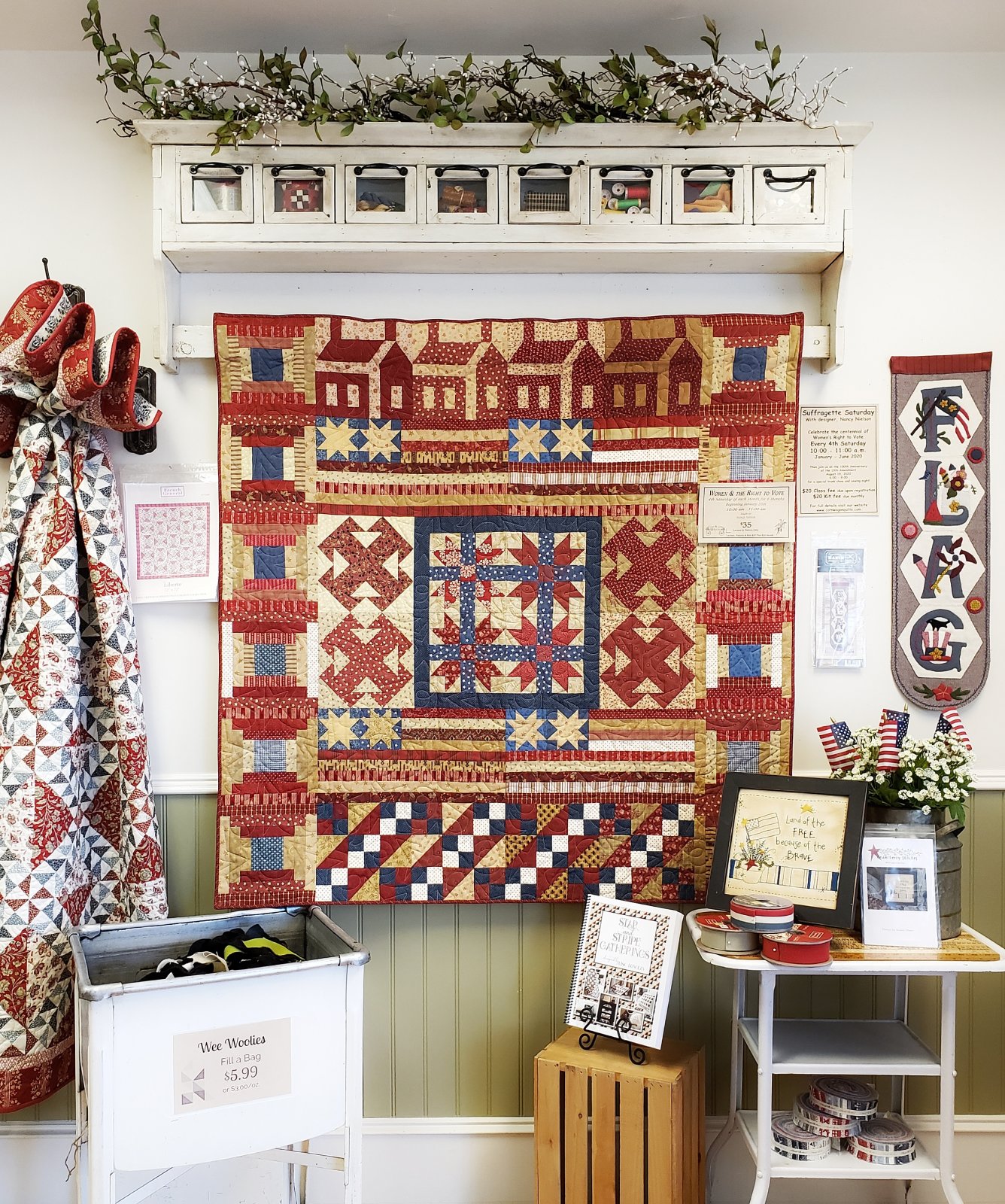 100 years ago, on August 18, 1920, the 19th amendment of the Constitution of the United States was ratified, giving women the right to vote. Susan B. Anthony, Elizabeth Cady Stanton, Lucy Stone and many other courageous crusaders worked tirelessly to make it possible. We owe them so much!

This tribute quilt acknowledges their efforts, their work and their sacrifice. Each of the six different blocks in the quilt point to the contribution of just one or two women who were active in the suffrage movement. Come and learn who they were and what they did in this block of the month club! We're calling it Suffragette Saturday and we invite you to join this lecture and demonstration every 4th Saturday beginning in January for six months. In the lecture you will learn the stories of these great women. In the demonstration you will learn how to construct the blocks. Then, on Tuesday, August 18th, celebrate the 100th anniversary of the women's right to vote at a special trunk-show and sewing night!

Did you know that the women who worked in the silk-worm factories in Utah gifted Susan B Anthony an entire bolt of black silk from which she made a dress still on display today? 6,000 women listened to the last speech she gave in Utah. Come and learn more! Because of them...

A $35 non-refundable registration fee holds your place in the seven-part lecture/demo and includes the instructor's fee and pattern for this unique 54" x 54" quilt designed by Nancy Nielson exclusively for this program. This option is available for those who would like to choose their own fabrics to make the quilt.  Kits are NOT included in this fee. 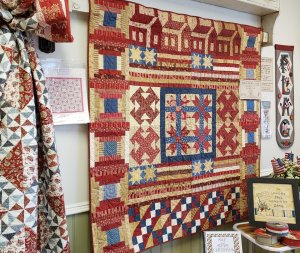 Skill Level:
intermediate
Skill Details:
Experienced Beginner - Advanced
Instructor Name:
Nancy Nielson
Instructor Bio:
Nancy Nielson is a quilter from Lindon, Utah. She loves everything about quilting - piecing, applique and of course shopping! She treasures the life long friends made along the way during the last 30 years. She is a member of the Dog Kennel Quilt Guild (originally from Highland, Utah) as well as the small circle of Lindon Ladies who meet for fun and friendship. Nancy loves quilts that tell a story. Fifteen years ago, she and a friend created the Joseph Smith Tribute Quilt. The many quilts made since, all tell the stories of her life. Her quilts speak about what she loves and about what she values. Now, in anticipation of the 100th anniversary of women winning the right to vote, she has created a new quilt celebrating the efforts of the many courageous crusaders who fought for the passage of the 19th amendment. Because of them...

WOMEN & THE RIGHT TO VOTE - Lecture & Pattern Only